A crowded Arena, a frenzied public and two standing ovations for the show that combined ice skating and opera for the first time.

Verona, 1 October 2011 - The Arena di Verona went sold out, with 12.000 people that applauded Opera on Ice, the revolutionary show that combines figure ice skating and opera.

The show featured world skating champions, led by Carolina Kostner, together with singers, the Orchestra and Choir of Arena di Verona directed by Fabio Mastrangelo. Besides Kostner, among the most applauded the Swiss champion Stéphane Lambiel.
Giulia Mancini, creator and President of Opera on Ice, enjoys this well-deserved success: “I am glad that the event has gained so much consent. The combination of ice skating and opera, which sounded a risk to most people, has turned out to be a winning encounter.”

Promo internazionale Opera on Ice 2011 from OPERA ON ICE on Vimeo. 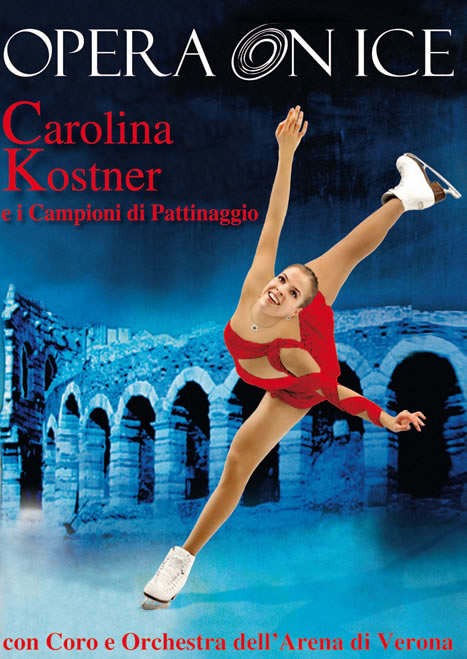