Verona, 28 September 2013 -  “Hard work, effort and some difficulties but the satisfaction, the joy and the magic felt tonight are incomparable. Thank you and congratulations”. With these words, the champion Carolina Kostner, sponsor of Opera on Ice, thanked on behalf of the whole cast the organisers of the show that has collected unanimous critical and public consent once again.

This year the show has been even more emotional thanks to some changes: in addition to the choice of costumes (15 changes) and an impressive cast, the audience has long applauded the tribute to Luciano Pavarotti in “Nessun Dorma”, interpreted by all the athletes going to Sochi 2014. Of great stage effect the pañolada of 12.000 white tissues that functioned as a background for Bizet’s Carmen interpreted by Stéphane Lambiel. For the grand finale, a standing public enlightened the Arena with 12.000 candles during Verdi’s Triumph of Aida that, as a tradition, gathered on stage all the cast dressed up with costumes inspired by Egyptian pharaoh iconography.

As testimony to the enthusiasm in the Arena, Mayor of Verona Flavio Tosi has commented: “I have never missed Opera on Ice and I consider it the most emotional show I have ever seen at the Arena so far.” 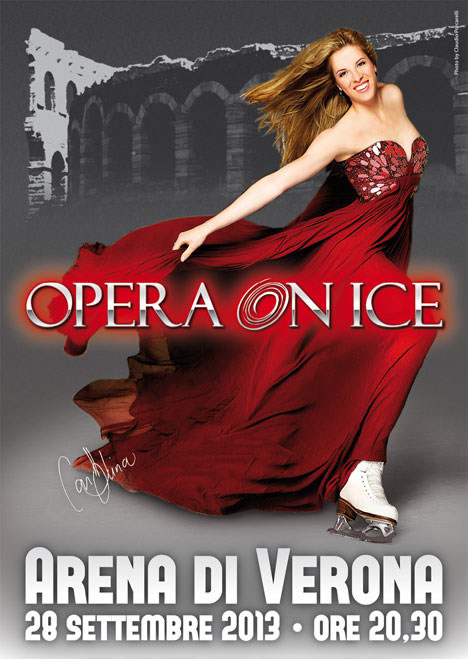